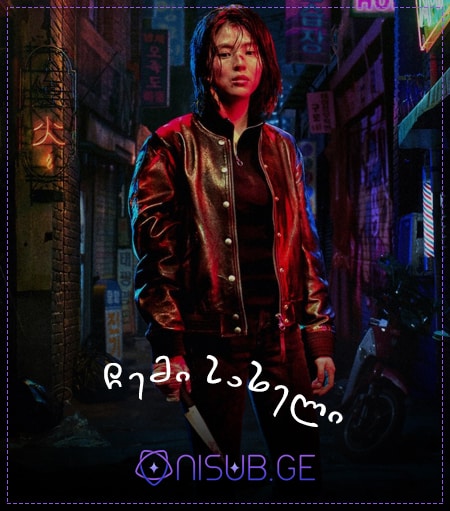 Guillaume Lucchesi, in his thirties, thought he had drawn a line under the terrible tragedy which saw the two people he loved the most die: Sonia, his first love, and Fred, his brother. Ten years later, Judith, whose love has made his life worth living again, suddenly disappears during his mother's funeral. To find her, Guillaume will have to face all the truths that were hidden from him by his family and friends, as well as those that he'd long decided to ignore. For better, but mostly for worse.

Guillaume Lucchesi, in his thirties, thought he had drawn a line under the terrible tragedy which saw the two people he loved the most die: Sonia, his first love, and Fred, his brother. Ten years later, Judith, whose love has made his life worth living again, suddenly disappears during his mother's funeral. To find her, Guillaume will have to face all the truths that were hidden from him by his family and friends, as well as those that he'd long decided to ignore. For better, but mostly for worse.

Anna Kendrick stars in a fresh take on a romantic comedy anthology series about the journey from first love to lasting love, and how the people we're with along the way make us into who we are when we finally end up with someone forever. With Zoë Chao, Peter Vack and Sasha Compere.

Thirteen-year-old Ruthie Carmichael and her mother, Rita teeter on the edge of poverty, despite Rita working multiple jobs. When their landlord kicks them out, Rita uses her looks to instantly reel in a boyfriend, who takes them in. Before long, Ruthie convinces her mother to leave and they head East in search of a better life. When money runs out and their car breaks down, they find themselves stranded in a small town called Fat River where their luck finally takes a turn. Rita lands a steady job waitressing at the local diner. With enough money to pay their bills, they rent a house and Fat River becomes the first place they call home. Peter Pam, a transgender waitress, becomes Ruthie's closest friend. The townspeople become Ruthie and Rita's family. Into this quirky utopia comes smooth-talking mortgage broker Vick Ward, who entices Rita with a subprime loan. Almost as soon as Rita buys a house their fortunes change. Faced once again with the prospect of homelessness, Rita reverts to...

When a male neurotic best-selling author on love finds his fiancÃ© with another man, he's sent into a tailspin reflecting on his numerous romantic failures only to find hope again with a quirky antiquarian bookseller

In the years after the Civil War, Jo March (Saoirse Ronan) lives in New York City and makes her living as a writer, while her sister Amy March (Florence Pugh) studies painting in Paris. Amy has a chance encounter with Theodore "Laurie" Laurence (Timothée Chalamet), a childhood crush who proposed to Jo, but was ultimately rejected. Their oldest sibling, Meg March (Emma Watson), is married to a schoolteacher, while shy sister Beth (Eliza Scanlen) develops a devastating illness that brings the family back together.

Two teenagers fall in love over the summer, in spite of cynical and disapproving adults who dismiss their relationship as being nothing but young love.

Maggie is thrilled when Mitch, her long time crush, moves back to town. When she learns Mitch's love for Christmas has drastically changed, she tries to bring his holiday spirits back by showing him the magic of Christmas.

Michel works there manically solving people's problems over the phone. He is about to tie the knot with his girl friend Isabelle, an airline hostess. She flies all over the world, he hates to leave the office. A series of madcap mishaps involving theft or injury (as you would expect in his line of work) ensues after Michel promises Isabelle nothing will delay their marriage and she promises in turn that she's done flying. Once this unlikely promise is made, it becomes premise and both are forced into escalating white lies to maintain the appearance of keeping their word. Their predicament mounts as Isabelle is forced to do a few more flights, while Michel is compelled to travel to New York, Tunisia, and finally Hong Kong, where they are finally reunited in the throes of a contrived and hilarious drug deal involving a 747, water taxi chases, and martial arts.

Based on Harlan Coben's novel of the same name, the series will follow Adam Price, who seems to be living the perfect life - two great sons, a watertight marriage - until a stranger approaches him at a bar and reveals a shocking secret about Price's wife, Corinne.

"With the holiday season in full swing, Jen Taylor (Mowry-Hardict) is about to score a big promotion at the San Francisco ad agency where she works. But her life is unexpectedly turned upside down when she inherits a cozy inn in Alaska from her aunt. When she goes to inspect the property and meets handsome town attorney Brian Anderson (Mayes), she's surprised to find that nothing is what she expected. The small town community is full of fun and festive Christmas traditions and soon, Jen starts wondering if the inn might just be the place she belongs, and if Steve could be the Mr. Right she has been waiting for."

Have You Ever Seen Fireflies?